skip to main | skip to sidebar

Passive Probe are the most general used scope probe. As the name "passive" suggest, it is made from passive components resistor, capacitor & wires. The leading scope probe maker are LeCroy, Tektronix & Agilent.

We will go through the details of the oscilloscope probe anatomy and schematic now. The figure below show a full view of a scope probe available in the market. This scope probe has 10:1 attenuation, 10M ohm input resistance with 10pF input capacitance. 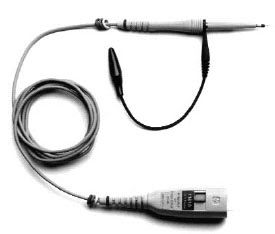 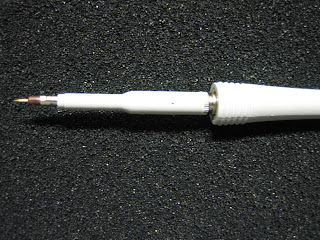 Next, we dismantle the scope probe tip as shown in the figure below. 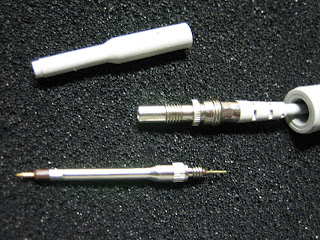 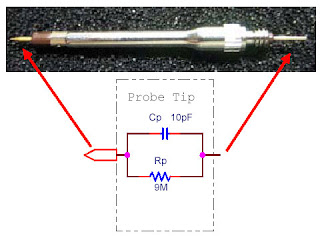 Next, we move on to dismantle the probe connector. After removing the plastic casing, there is a small PCB with a metal shield. 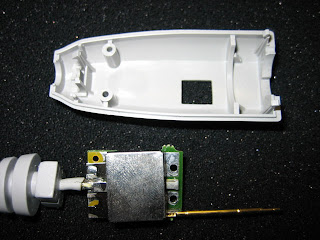 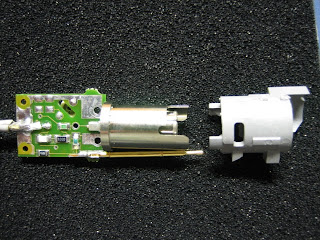 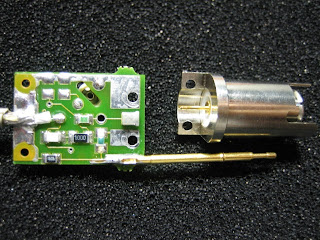 Remove the metal shield and we could see the passive components now. There are a couple of SMT resistors and capacitors mounted on the PCB. 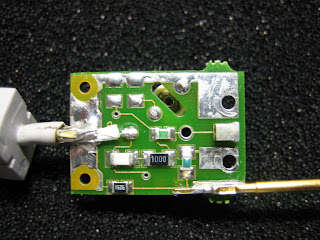 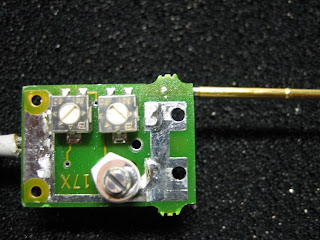 From here we could derive the probe compensation schematic inside the probe connector. Click the image below to view in enlarge format.

From the schematic above, we have shown the probe tip, probe connector and oscilloscope circuit diagram. The typical oscilloscope input resistance is 1M ohm with a 12pF capacitance in parallel. We must include these resistor and capacitor into the calculation in order to obtain the correct compensation network calculation. R2 & R3 are the variable resistors (range of 0 to 500 Ohm) and C2 is the variable capacitor (Range of 50pF to 100pF).

We could simplify the schematic above into the circuit as shown below. Our objective is to calculate the relationship between Vin and Vscope across frequency from 100Hz to 100MHz. 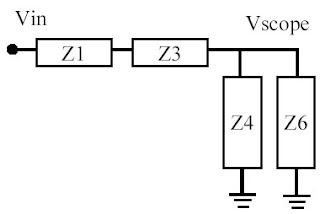 We can say that with the passive components value as shown above, the scope probe has an accurate 10:1 attenuation from 1 Hz to 100kHz. From 1 MHz onwards, we need to fine tune the variable resistor R3 in order to obtain the 10:1 attenuation. Let change the R3 from 147 ohm to 50 ohm and check out the VOUT value now. It is clear that VOUT is almost consistenly 0.1 across all the frequency from 1Hz to high freq 100MHz.

Conclusion:
1) Scope probe has compensation network to fine tune the VOUT value close to the attenuation value 10:1.
2) During the calculation of scope probe VOUT, we need to include the input resistor and capacitance of oscilloscope as well.
Posted by Scope Probe Educator at 9:45 PM 5 comments: